Suara.com – The Legal Aid Institute for the Indonesian Women’s Association for Justice (LBH APIK) supports the Ministry of Education and Technology in issuing the Minister of Education and Culture Regulation number 30 of 2021 concerning the Prevention and Handling of Sexual Violence in Higher Education.

The Daily Coordinator of the APIK LBH Association, Khotimun Sutanti, said that Permendikbud, Research and Technology 30/2021 was a step forward by the government to prevent sexual violence on campus.

“This is one step forward to encourage campuses to actively prevent and deal with sexual violence, so it needs to be supported,” said Khotimun, Tuesday (11/9/2021).

However, he asked Kemendikbudristek to provide assistance to universities in implementing this PPKS Permendikbud.

Technical guidelines need to be made so that there are no different interpretations of each article in the Permendikbud, Research and Technology that can be used as a loophole for perpetrators of sexual violence to escape punishment.

“One of them is the lack of explanation regarding the role of campuses in Article 10 and Article 11 related to assistance, protection, sanctions, and recovery, including the obligation of campuses to provide rehabilitation, health services, and legal assistance,” he said.

According to him, these services do not have to be provided independently by universities, but can be done by building a referral mechanism or system.

Regarding the issue of legalizing free sex through this Permendikbud, LBH APIK considers the issue to be inappropriate because this legal product functions to prevent and deal with sexual violence on campus.

“In addition, other actions that are not regulated in this Permendikbud that have been owned by universities, such as violations of the Code of Ethics, are still valid and are not abolished because of this Permendikbud,” continued Khotimun.

Previously, the Minister of Education and Culture Regulation 30/2021 regarding PPKS received the spotlight from the Chair of the Higher Education Research and Development Council of Muhammadiyah Central Executive, Lincolin Arsyad interpreting one of the articles that was considered to have legalized adultery or free sex in the campus environment.

This was denied by the Acting Director General of Higher Education, Research, and Technology, Nizam, who said that the focus of this PPKS Ministerial Regulation was the prevention and prosecution of sexual violence, so the definitions and arrangements stipulated in this regulation specifically to prevent and overcome sexual violence. sexual violence.

Nizam also said that the PPKS Ministerial Regulation was an answer to a number of concerns from organizations and student representatives regarding acts of sexual violence in the campus environment but were not followed up by university leaders. 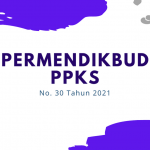